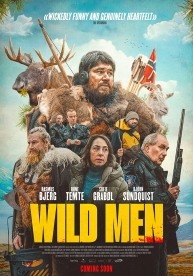 In a desperate attempt to cure his midlife crisis, Martin has fled his family to live high up in the Norwegian mountains. Hunting and gathering like his ancestors did thousands of years ago before supermarkets and smartphones ruined everything. But Martins self-actualization project is turned upside down when he meets Musa. A drug runner, lost deep in the woods. Martin's quest for manhood leads to deep and hilariously uncomfortable realizations about the presumed masculine ideal.

A delightful deadpan comedy with plenty of heart.

WORLD CINEMA is being trialed at the Cinema from September 2022 - we will be showing mainly foreign films with subtitles, together with some arthouse and independent English language films.  Ticket prices for World Cinema are higher than our normal ticket prices to cover the licensing costs.  The use of season tickets is not available.

All credit card payments are now taking via the PayPal secure link.

ONLINE BOX OFFICE CLOSES AT 4pm the day of the screening - we would prefer online pre-booking to allow for social distancing, but tickets will be available on the door space permitting.   The Paypal payment option will allow for tickets to be purchased by Credit Card and by Paypal. 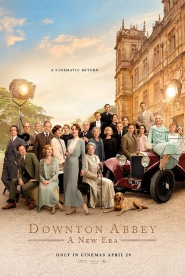 The Crawleys and their staff as they welcome a movie crew and their glamorous stars to Downton for the filming of a new silent movie, while other members of the family go on a grand adventure to the south of France to uncover a mystery about the Dowager Countess's newly inherited villa, and her past. With a screenplay by Julian Fellowes and starring the original cast alongside exciting new additions, Downton Abbey: A New Era is packed full of exuberant moments, excitement and humour, tears of joy and sadness and new beginnings.

All credit card payments are now taking via the PayPal secure link.

ONLINE BOX OFFICE CLOSES AT 4pm the day of the screening - we would prefer online pre-booking to allow for social distancing, but tickets will be available on the door space permitting.   The Paypal payment option will allow for tickets to be purchased by Credit Card and by Paypal. 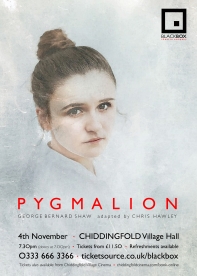 JOINING US IN PERSON AS PART OF THEIR LIVE THEATRE TOUR - BLACKBOX THEATRE COMPANY RETURN WITH PYGMALION.

Is it possible to transform a simple London flower girl into a Duchess?  Should Professor Henry Higgins even try?  After all his reputation as an eminent phonetician is at stake.

Following their critically acclaimed tours of Blithe Spirit, Abigail’s Party and, most recently, John Godbers iconic 80s comedy, Bouncers, BlackBox Theatre Company are back on the road with a show you really won’t want to miss.

A humorous yet poignant look at male manipulation and female self-discovery, this new adaptation of Shaw’s much loved masterpiece is perhaps more relevant today than it was when first staged over a hundred years ago.

“The difference between a lady and a flower girl is not how she behaves, but how she’s treated.”

Tickets are available via Ticketsource including early bird discounts and family tickets: 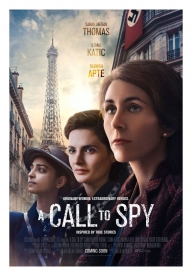 Based on a true story.  Established in June 1940 in London, the Special Operations Executive (SOE) was a volunteer force set up to wage a secret war behind enemy lines. Prime Minister Winston Churchill famously ordered the SOE’s agents to “set Europe ablaze” through espionage, sabotage and building a resistance network in occupied Europe.

Dozens of women were recruited by the SOE and deployed as spies, including American agent Virginia Hall and Indian-British radio operator Noor Inayat Khan. Both women worked with Vera Atkins, the intelligence officer for F Section at the SOE, which was responsible for the recruitment and deployment of agents into France.

F Section agents were trained locally, at Wanborough Great Barn, and other secret locations, where they learned how to handle guns and explosives, memorise complex codes, organise munitions and supplies drops and endure harsh interrogation.

The film will be followed by a Q&A session with Carol Brown and Ray Windmill of The Secret WW2 Learning Network.

All proceeds raised from the film will be shared by two charities:-