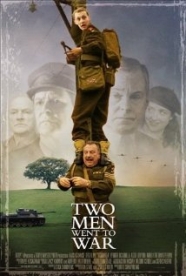 Charity Remembrance Day Special:  This comedy drama tells the true story of two Aldershot based members of the Royal Army Dental Corps, Sergeant Peter King (Kenneth Cranham) and Private Leslie Cuthbertson (Leo Bill) who, in 1942, stole a bag of hand grenades, two revolvers and a set of the best dental equipment that money could buy and went off to invade occupied France on their own. The only person they told was Churchill who, when he found out, was delighted and reportedly said:

“A few more lunatics like those dentists and I could finish this war by Christmas!”

With an all-star cast including Derek Jacobi, Julian Glover, James Fleet and Phyllida Law, Two Men Went To War recounts their outrageously irresponsible, yet eccentrically heroic story and has to be of one of the most bizarre events to have occurred in the Second World War.

The film will be followed by a Q&A session with the film’s screenwriter and Associate Producer, Richard Everett, a playwright and local Grayswood resident (www.richardeverett.co.uk).  All proceeds raised from the film will be shared by two charities:-

The L’Arche Community, Bognor Regis.  L'Arche create independent living for adults with special needs and learning disabilities and with whom Richard does regular drama workshops. (https://www.larchebognor.org.uk)